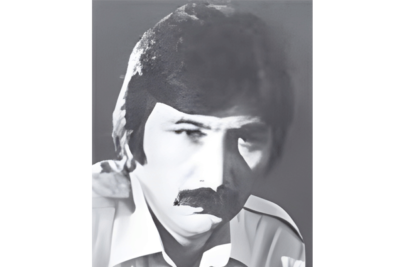 A new award will appear at the 10th Anniversary International Festival of Student and Debut Films Bastau. Starting this year, the author of the best feature short film will be awarded the Kalykbek Salykov Award.

Salykov burst into the cinema world in the early 80s. His second short film Golden Mekre — was awarded a prize at the festival Youth-85 in Kiev. After that there was the cult film Balkon, which brought the director nationwide fame and the prize of the festival Debut (Moscow). In 1992, Salykov shot the picture Lovers of December. In 1995, he tragically died in a car accident.

According to the president of Bastau Sergey Asimov, it was the film Balkon that became one of the forerunners of the Kazakh New Wave, and the establishment of an Award in honor of its creator is more than fair.

This award is not the only nominal one that is awarded at the Bastau. Within the framework of the festival, the best documentary film is traditionally awarded the prize named after one of the luminaries of Kazakh documentary cinema, People’s Artist of Kazakh SSR, director Oraz Abishev. This award is presented by the Oraz Abishev Public Foundation.